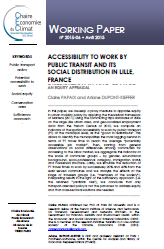 Due to their initial lack of emphasis on energy and natural resources, exogenous and endogenous growth models have suffered the same critic regarding the limits to economic growth imposed by finite Earth resources. Thus, various optimal control models that incorporate energy or natural resources have been developed during the last decades. However, in all these models the importance of the Energy Return On Energy Investment (EROI) has never been raised. The EROI is the ratio of the quantity of energy delivered by a given process to the quantity of energy consumed in this same process. Hence, the EROI is a measure of the accessibility of a resource, meaning that the higher the EROI the greater the amount of net energy delivered to society in order to support economic growth. The present article build a bridge upon the vacuum lying between the different literatures related to endogenous economic growth, the EROI and the necessary transition from nonrenewable to renewable energy. We provide an endogenous economic growth model subject to the physical limits of the real world (i.e. fossil and renewable energy production costs have functional forms that respect physical constraints). The model is able to reproduce (based on world data) an increasing reliance on fossil fuels from an early renewable era and the subsequent inevitable transition towards complete renewable energy that human will have to deal with in a not-too-far future. Through simulation we define the conditions for having a smooth transition from fossil to renewable energy and we study in which circumstances this transition can have negative impacts on economic growth (peak followed by a degrowth phase). In such cases, the implementation of a carbon tax can partially smooth this unfortunate dynamics depending on the ways of use of the carbon tax income.