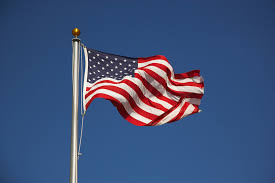 With the announcement on 1 June 2017 of the withdrawal of the United States from the Paris Agreement, Donald Trump acted in accordance with his strategy of support for fossil energies. The withdrawal in no way facilitates the reorientation of federal energy policy, which will come up against many domestic barriers and economic laws. In the medium term, the risk is that through a contagion effect, other major fossil energy producers will turn away from the agreement, thereby increasing the number of free riders.

On the other hand, this withdrawal could be the catalyst for renewed solidarity among the countries remaining in the agreement, leading variously to a rapid strengthening of monitoring and reporting rules, particularly in emerging countries; the extension of carbon pricing, promoted perhaps by a reinvigorated Europe determined to put an end to the disintegration of its CO2 trading system; and an increased financial effort to offset the likely drying up of US contributions.

A paradox of history: this new American turnaround could possibly result in the correction of the weaknesses of an agreement based too exclusively on reliance on mutual trust and the goodwill of its parties.