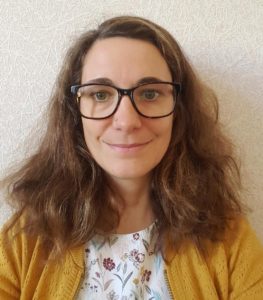 Marielle Brunette, researcher at INRA and at the Office of Theoretical and Applied Economics (Nancy)

Article
Propensity and Intensity of Adaptation: The Role of Forester’s Preferences in Risk and Uncertainty (co-authored with M. Hanewinkel and R. Yousefpour, 2019)
Abstract
This paper studies the foresters’ risk and uncertainty preferences as a potential driver for adaptation decisions towards climate change. Adaptation decisions are analysed in terms of propensity to adapt and intensity of adaptation. We build a questionnaire in which we quantified risk and uncertainty preferences through lottery choices. We also ask questions about adaptation decisions, and about the characteristics of the forest and the forester. We show that French foresters are, on average, more risk and uncertainty averse than German ones. Our results also reveal that most of the foresters has already modified their management practices, in particular by increasing the species mix and assisting more the tree regeneration. When adaptation is not implemented, the main explanation is the lack of information. The forester who has the higher propensity to adapt is young, rich, with a low degree of risk aversion, and is German. The intensity of the adaptation is negatively influenced by risk aversion and being a French forester. Finally, uncertainty aversion has no significant impact neither on the propensity to adapt nor on the intensity of adaptation.
▶ Click here to register
If you wish to receive invitations to FLMs, present your works or unsubscribe from the mailing list please feel free to contact this address: flm@ChaireEconomieduClimat.org

How Covid-19 is changing the outlook for climate action

By Christian de Perthuis In the space of just a few weeks, the Covid-19 crisis has dramatically altered the prospects for climate action around the world. To stem the spread of the virus, governments are locking down populations, a measure that is resulting in a fall in production of a magnitude unknown in peacetime. In […]